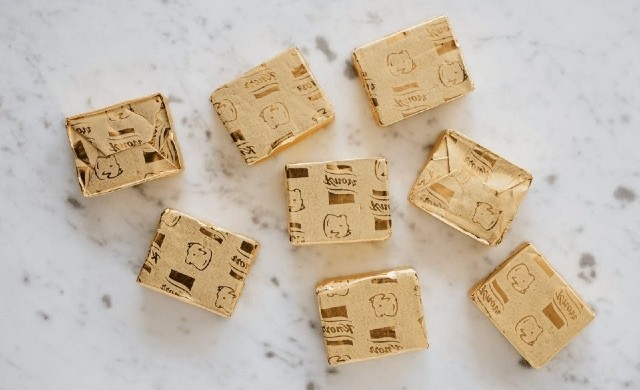 Posted at 10:04h in blog, Labels and packaging, Success Stories, Sustainability by Rieusset

It is evident that the value of sustainability in packaging has become a priority for the packaging industry as well as for the consumers themselves, who increasingly expect more from these kinds of solutions. Thus, nowadays the consumer industry focuses its activity on a circular economy based on reducing, reusing and recycling.

For all these reasons, today we are going to talk about a new product, which we at Rieusset have homologated for one of our clients with the aim of reducing the carbon footprint and the environmental impact of their packaging. We are talking about stock cubes.

But first … let’s situate ourselves!

What are stock cubes?

Stock cubes, also known as bouillon cubes, are a concentrated and dehydrated way to store beef, chicken, vegetable and even fish stock.

At one time or another you have probably used these classic cubes, which without a doubt enhance the flavor of many dishes, while at the same time making our work in the kitchen much easier.

The packaging of stock cubes

Concentrated stock cubes need optimal packaging in order to be preserved and transported from where they are manufactured to our kitchens.

Therefore, a multilayer material made up of aluminum and paper, whose adhesion is achieved by using wax, has always been used.

But is this solution optimal?

Proposal for improvement: Innovating to increase the sustainability of the packaging

The product that we have homologated, from Rieusset, is capable of replacing the multi-layer material made up of aluminum and paper with a mono-component structure based on metallized paper.

This solution offers the light-barrier required by the product due to the combination of a metallized layer and a film with a cavitated base, complemented with improved mechanical protection when compared to the afore-mentioned material.

The external metallic shine gives the product optimum visibility and appearance, while the inside is white, evoking cleanliness.

This proposal allows to reduce the environmental impact, since the product’s unit weight is lower, having eliminated the process of laminate the aluminum to the paper.

It is important to point out that this solution has been homologated at one of our current customers, on the same premises where the conventional structure is processed, without the need to make investments or carry out modifications to the machinery.

Innovation in a historic product: the origin of stock cubes, with Knorr

As they themselves tell it, the story began in 1838 when Carl Heinrich Knorr opened a factory in Heilbronn, Germany, and started experimenting with dehydrating vegetables and spices in order to preserve their nutritional value and flavor, which led to the launching of the first Knorr soups in all of continental Europe in 1873.

This great breakthrough marked the beginning of a chain of progress; from the launching of the nutritional “Erbswurst”, or pea soup in 1889, to the pioneering Knorr European sauce mix in 1908. It was in 1912 when the first Knorr stock cube appeared – a small product which turned out to be a big success. 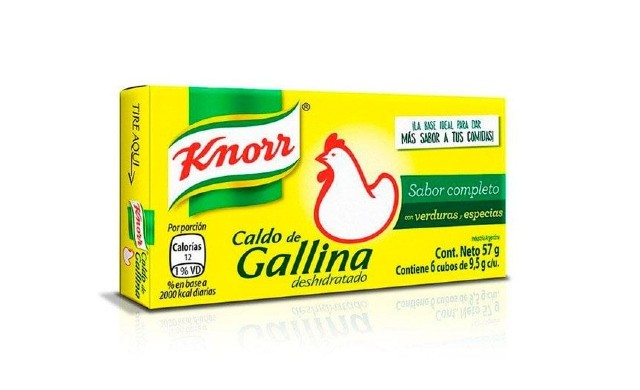 In 1957, Knorr products such as broth and soups, were sold in 8 countries, and in the year 2000 they were being sold in nearly 90 countries around the world.

A key product in history

The appearance of stock cubes has been a key element at many times throughout history, and in Spain there was a time when they played a great role.

The majority of inhabitants during the first half of the 20th century, due to the scarcity of resources at the time, had to look for ways to feed themselves. Soups were the order of the day, although it was not easy to find the right ingredients to obtain optimum flavor and nutrition. It was at this time when the idea of this product started to spread in Europe.

Coming back to Spain, the Civil War dealt the final blow to the situation of food shortage among the population, and in 1937 the Catalan businessman Luis Carulla introduced chicken stock cubes (under the company name Gallina de Oro, which subsequently would be called Gallina Blanca). Its price, ease of use together with the growing difficulty to access food, quickly popularized this product.

Over time, stock cubes have adapted themselves to the requirements of the society of the times. Nowadays, the current pace of modern life often leaves us little time to cook, and this product without a doubt facilitates our culinary task.

Other brands have joined in

Since Knorr began to commercialize concentrated stock, there have been many brands that have wanted to take the lead in this market, trying to place their products in top positions.

Among these we find Maggi registered by Nestlé; the brand Alicante;  Gallina Blanca; Aneto 100% Natural, to name just a few.

Is your brand  moving in environments of sustainability?

Nowadays there is a new generation of consumers who support and take into careful consideration the social and environmental politics of companies and brands in which they trust and which they buy.

Therefore, keeping in mind that flexible packaging engineering is progressing at an astonishing speed, many companies have already found the right options to allow their product to adapt itself and achieve a reduction of its environmental footprint.

With this real case, we wish to announce that at Rieusset we continue to innovate and develop sustainable solutions that adapt themselves to the needs of our clients and which contribute an environmental benefit to the market. Do you dare to take the leap?