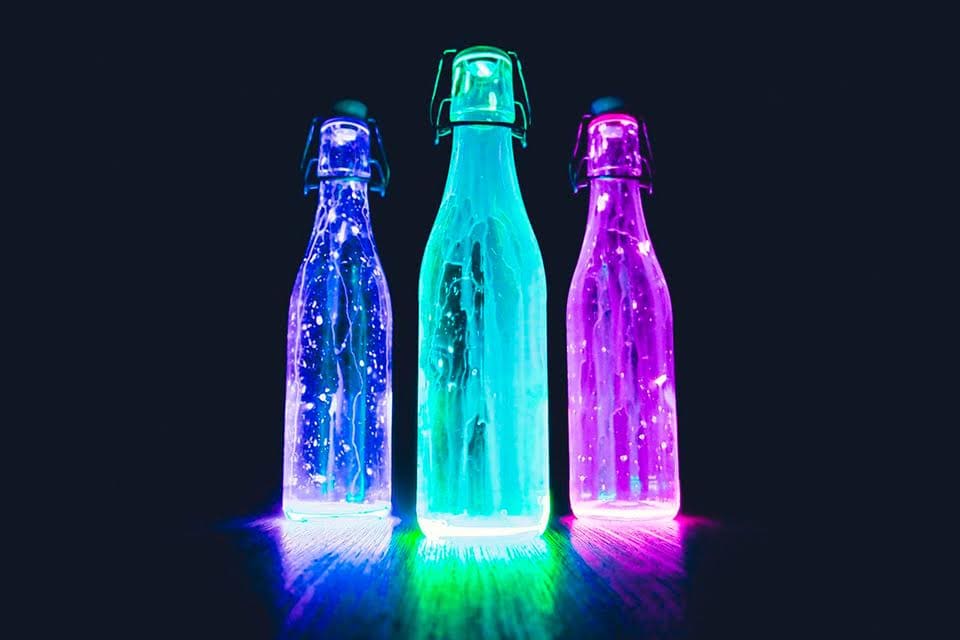 22 Jul Glow in the dark labels

Posted at 12:01h in Innovation, People, Quality by Rieusset

Innovation plays a very important role in any company’s development, and in order to keep it moving forward, organizations must not only adapt themselves to new tendencies, but also join the ever-changing movement of the world.

At Rieusset we consider innovation as a key tool for evolution, and it is for this reason that for some time now, we have begun to work with phosphorescent inks.

Phosphorescent inks are inks that are initially invisible but that have the capacity to absorb energy in the UV spectrum and give off heat in the visible one, consequently charging themselves with UV radiation. Therefore, during the day the pigment enables the ink to store energy in order to give it off in the form of light.

At Rieusset we use this type of ink in different applications. Without a doubt, in darkness the phosphorescent color of the label stands out above the rest of the product, thus identifying some specific element, such as a warning, or it simply helps to increase the impact of the final finished product.

WHAT ARE THE ADVANTAGES OF PHOSPHORESCENT INKS?
●Greater impact: according to some studies, phosphorescent colors are noticed significantly more quickly than conventional ones.
●Greater visibility: the use of phosphorescent colors in labeling and flexible packaging makes products stand out.
●Greater attention: the phosphorescent color not only attracts attention but it is also able to hold it for a longer period of time.
●Product preference: by being new and original the product is able to stand out from the competition and in most cases become the option chosen by the consumer.

It is evident that phosphorescent inks in labeling and flexible packaging make the final product an eye-catching article, new and attractive for many, above all for kids. Thanks to the infinite possibility of shapes, pictures, images and details that are able to reflect and highlight certain aspects, it is possible to achieve a product that is very different from conventional ones. Many times this product then become a decorative element.

For us, a clear example thereof and success story for an important customer of Rieusset, has been the labeling of water bottles with phosphorescent ink illustrating popular children’s characters that glow in the dark. This is without a doubt a major attraction for younger consumers. 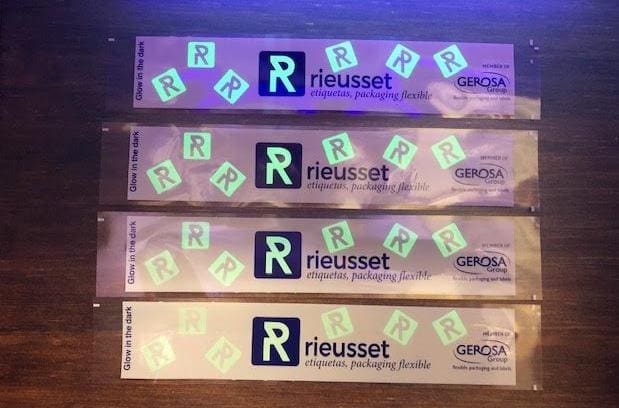 For Rieusset, the use of these new inks means one more step toward satisfying the demands of the market.