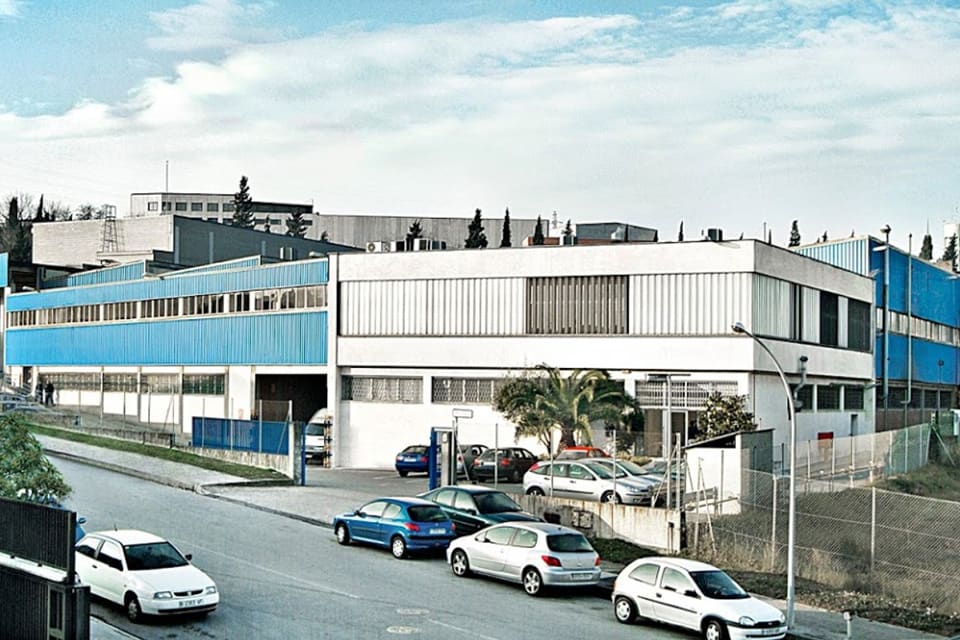 14 Feb We made history: our 150-year anniversary

Posted at 12:08h in About us, Innovation, Products, Technology by Rieusset

Rieusset starts the year 2020 ready to celebrate a major anniversary. And with good reason – this year that has just begun marks our impressive 150-year anniversary! Very few companies are able to make this kind of history, inside or outside our country.

According to the data supplied by D&B (leader in gathering and providing commercial data for businesses), out of the hundreds of businesses that were set up in Spain in the 19th century, a mere 42 continue to exist to this day. Knowing that the average lifespan of a company in our country is between 11 and 15 years gives us an idea of how difficult it is to make it to a centennial. For this reason, reaching 150 years is worthy of even more merit.

In one and a half centuries of history, Rieusset has of course undergone a multitude of changes and has had to adapt itself to different moments in history and the economy. Its origin goes back to Barcelona at the end of the 19th century, concretely the year 1870, when a 14-year-old Frenchman decided to start his own business in the sector of “printing and engraving.” 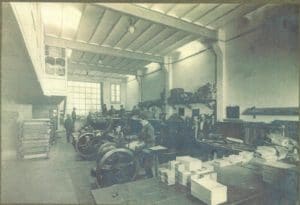 Throughout these 150 years of history, Rieusset has undergone some very important changes. It survived a civil war, it rose above several periods of crisis, its ownership changed hands and it has had thousands of workers on its staff. Even its location changed, leaving behind its birthplace of Barcelona for the new premises in Santa Perpetua de Mogoda, which is where it currently carries out its activity.

The difficulties that prevent a company from reaching its centennial are unfortunately many, not only in our country, but also abroad. Although we are all familiar with cases of extraordinary success in the market, (BMW, Coca-Cola, Lexus, Nikon, UPS, General Electric, Bacardi… etc.), many more have fallen by the wayside.

As we have mentioned at the beginning, companies in Spain have a rather short life span of between 11 and 15 years approximately; and only 3% of family businesses continue beyond their third generation. It is therefore not surprising that from among all the companies founded in our country before 1900, only 42 have been able to maintain their activity to the present day. Some of these are companies known to everyone, such as Danone, Loewe, Mahou, Osborne, Electrolux, LetiPharma, Metro de Madrid, Banco Sabadell, Catalana Occidente, Banco Santander, Codorniu… etc.

With regard to the flexible packaging sector, we can also mention some success stories within our borders, as is the case of the company Industrial Bolsera, active in the sector of paper bags and flexible packaging, which celebrated its 100-year anniversary this past 2019. Likewise, Embalex, dedicated to industrial packaging, has managed to reach its centennial, as has Alzamora Carton Packaging, which began making cardboard boxes when it was founded around the year 1900.

In 150 years of activity, at Rieusset we have managed to make history. In a market that is so complex and subject to constant change, very few reach this milestone. For this reason, after one and a half centuries of hard work, constant effort and immeasurable experiences, the people who are a part of this company today feel proud of having been able to adapt ourselves to the ever-changing times.

Is this not reason enough to feel proud and celebrate this exceptional anniversary in style?

Therefore, in the following months with the launch of out book we will unveil relevant information and anecdotes from these past 150 years…Because every company has a story to tell. Be on the lookout!

Image: cover of the Rieusset book